It’s a challenge to shoot in one of the world’s busiest train stations and the last days before the monsoon arrives in Maharashtra are the hottest and most humid. 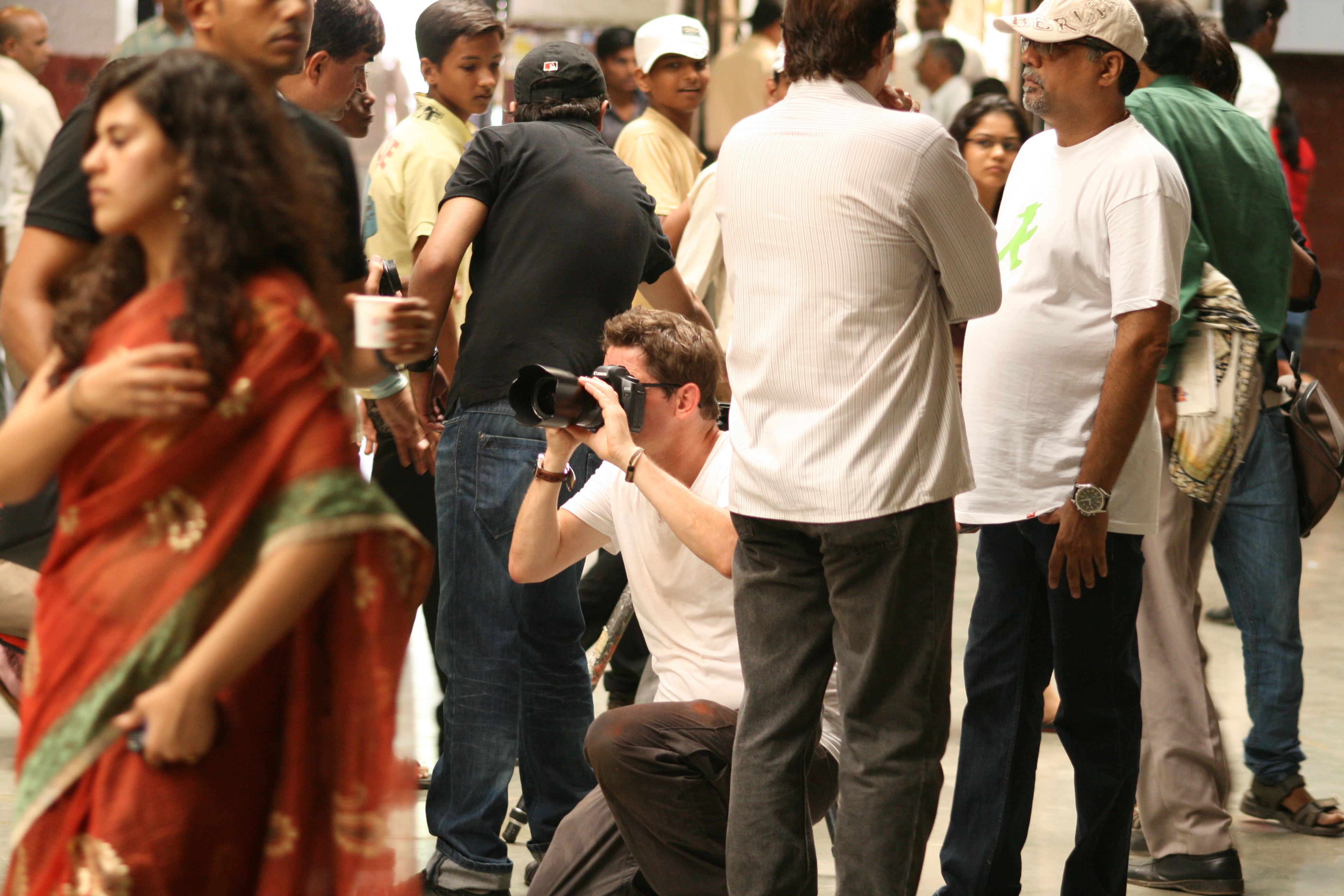 Working in India is always special, but shooting in one of the world’s busiest train stations – Victoria Terminus today called Chhatrapati Shivaji Terminus – added a new dimension to the term challenge.

Thanks to my dear colleague and friend Haresh, we were allowed to photograph in the main hall of this spectacular building for one hour, during the „off peak” time.

People in India are accustomed to dense crowds and if they see something intriguing they like to take a close look, indeed, a very close look. Once the camera was spotted, it took less than 30 seconds before hundreds of spectators descended on us, not just around us, but in front of the camera and everywhere else. Within moments, our two models were swallowed by the swirling masses. Only the first 10 shots looked like the final artwork, after that it was more like a bubbling boiling cauldron.

Although, I love Mumbai, but having the option retiring to the seclusion of a cool, quite hotel room after a day out in the streets, is an absolute necessity.

London was just the opposite – calm and clean – and we were alone high up above the city with a spectacular view to ourselves. 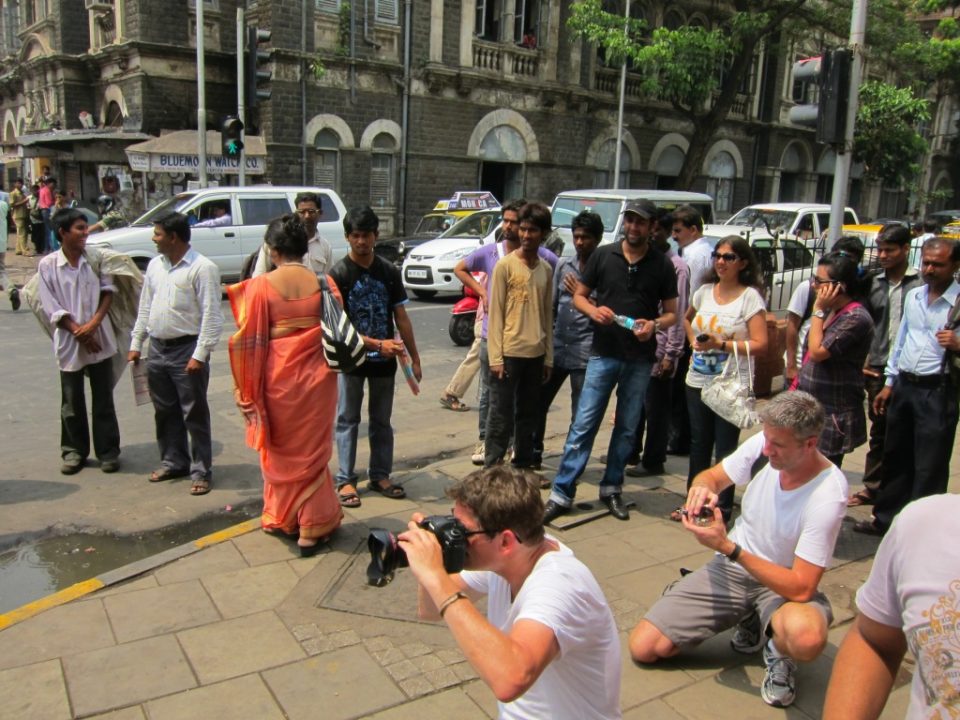 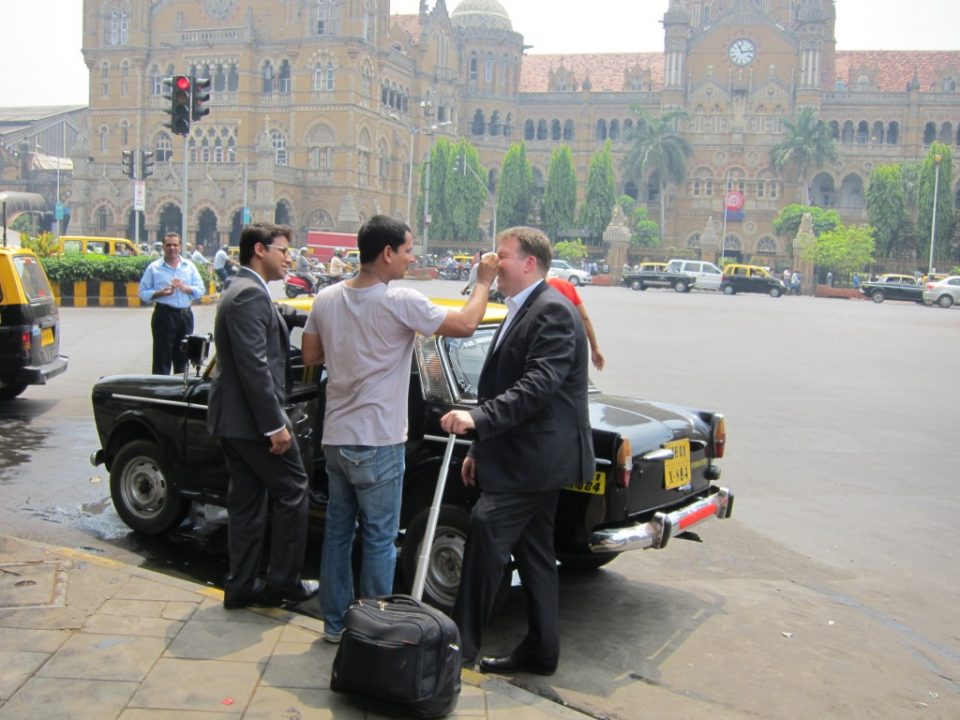 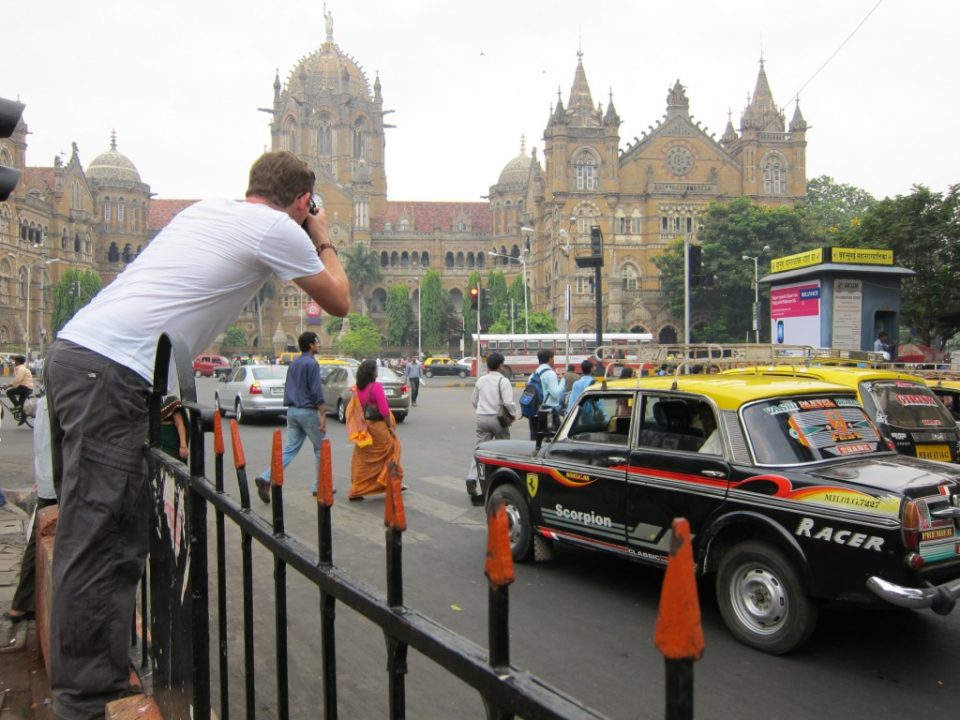 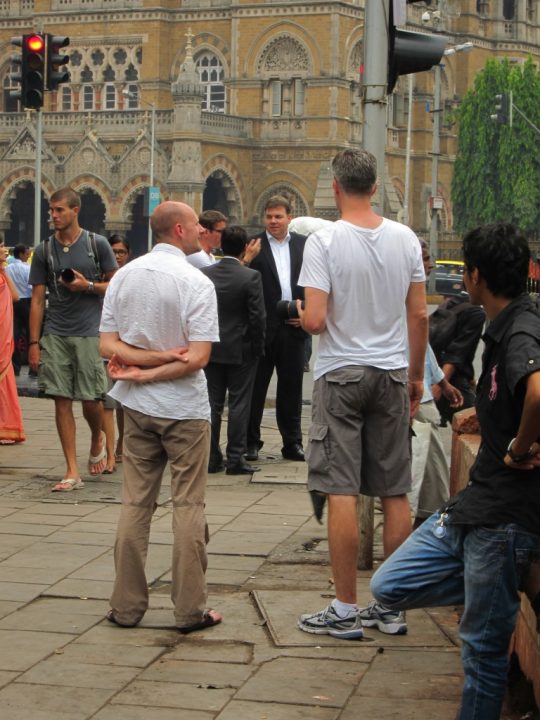 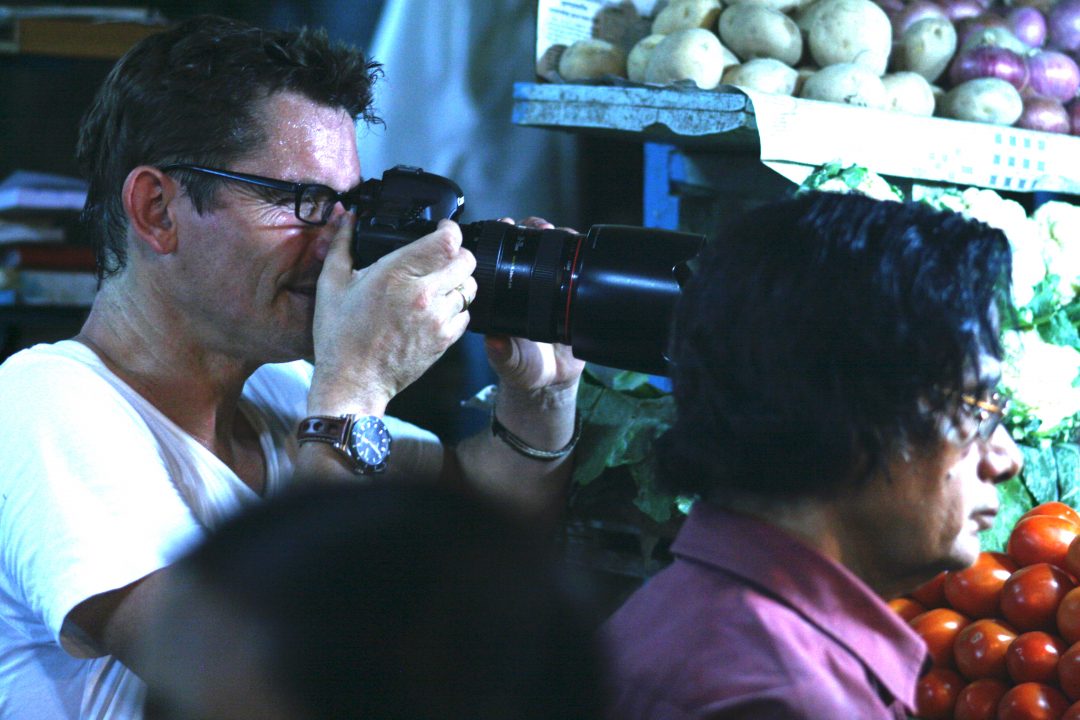 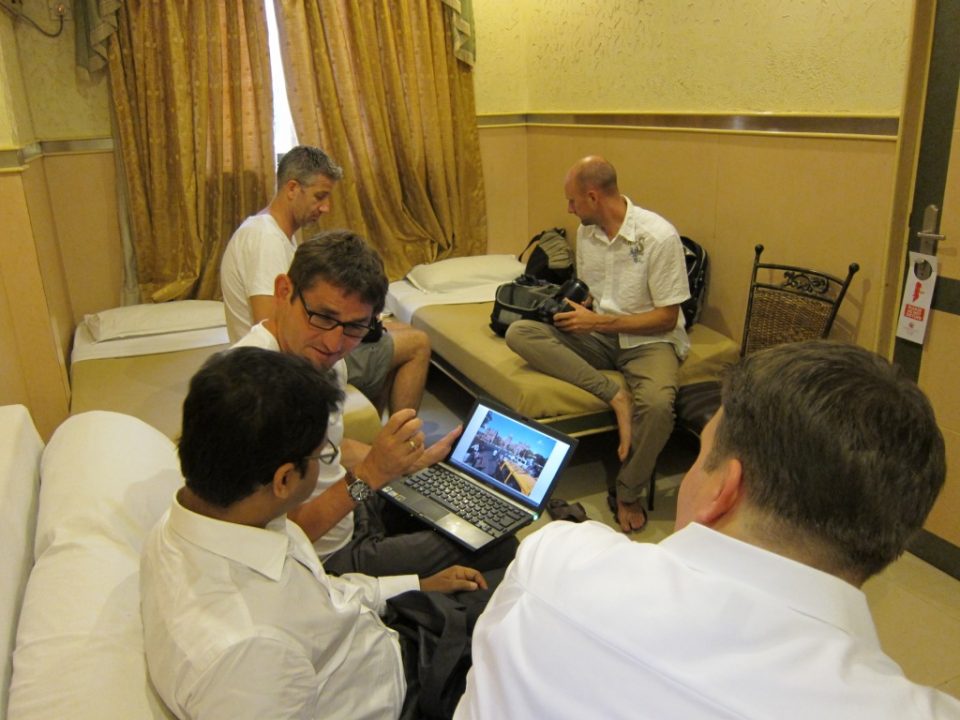 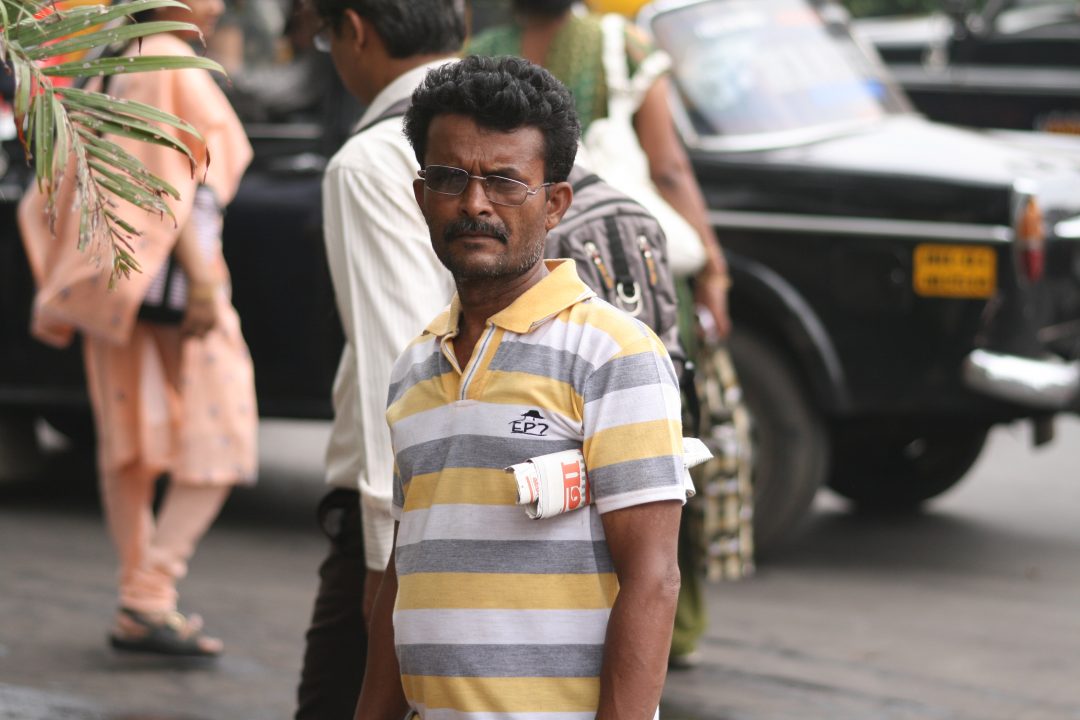 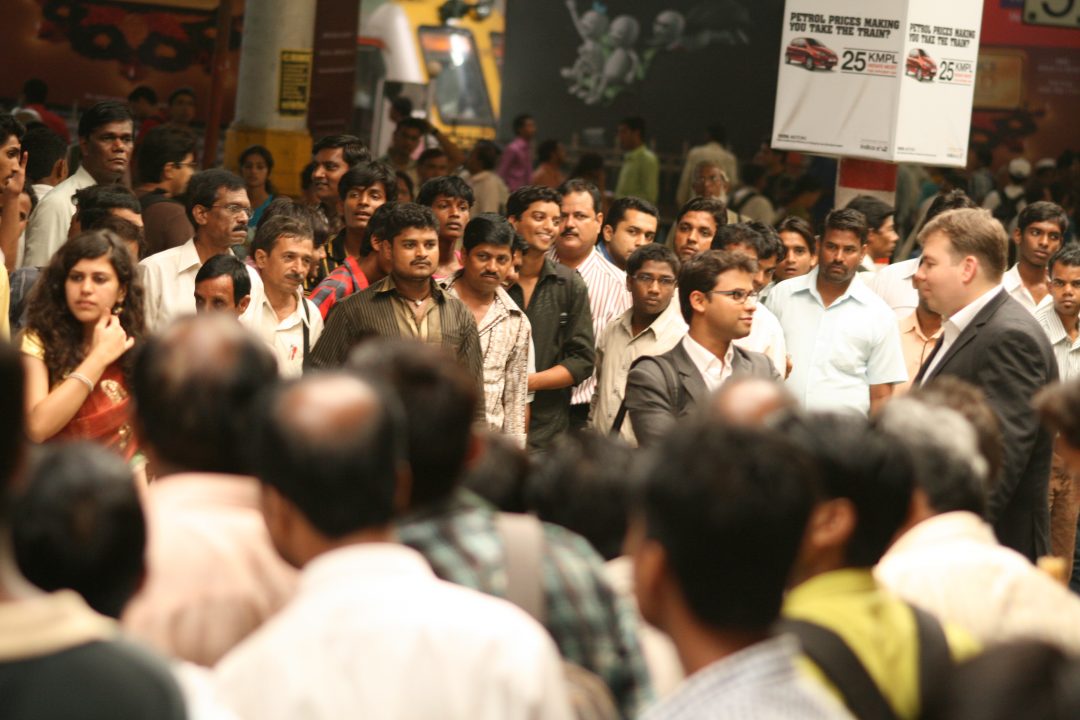 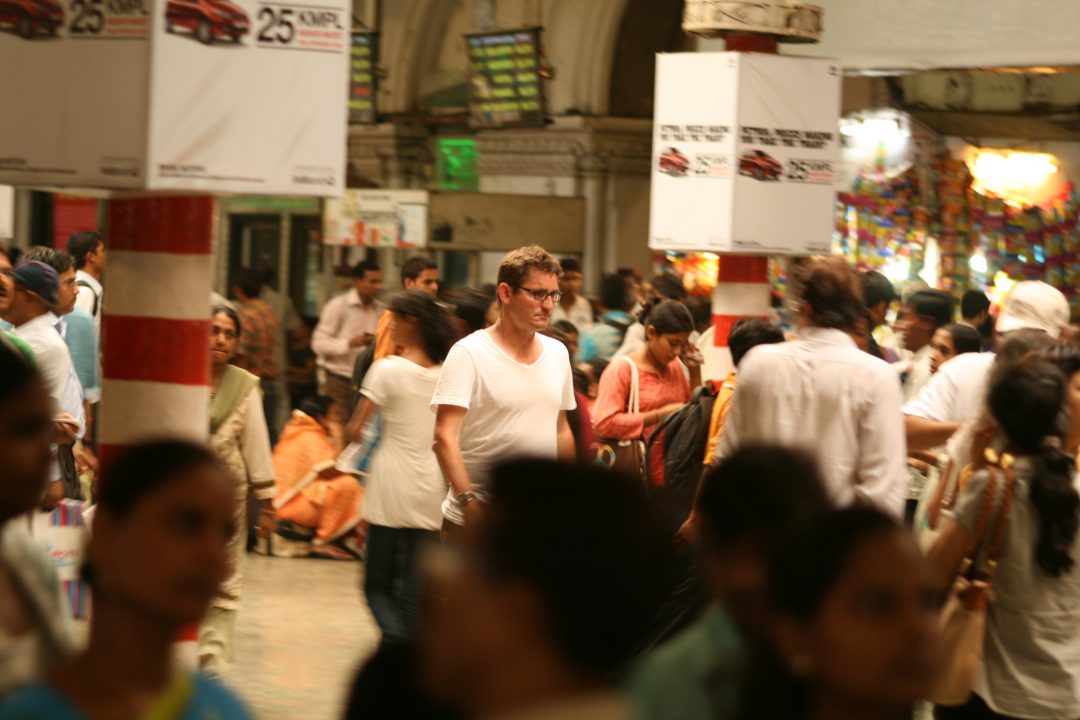 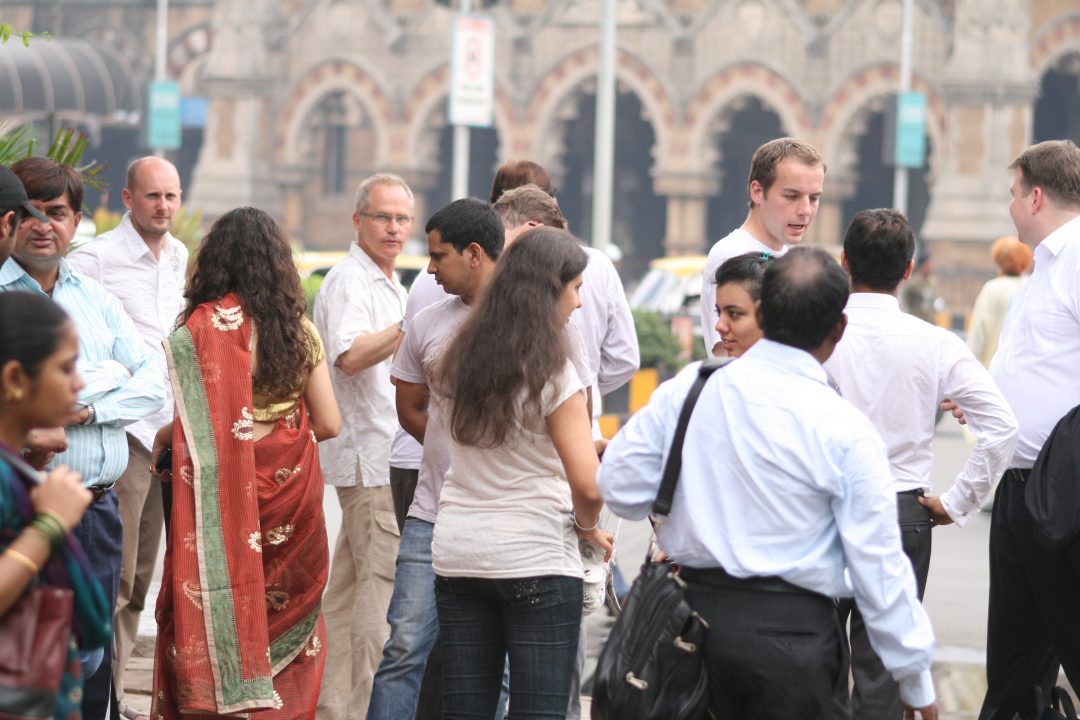 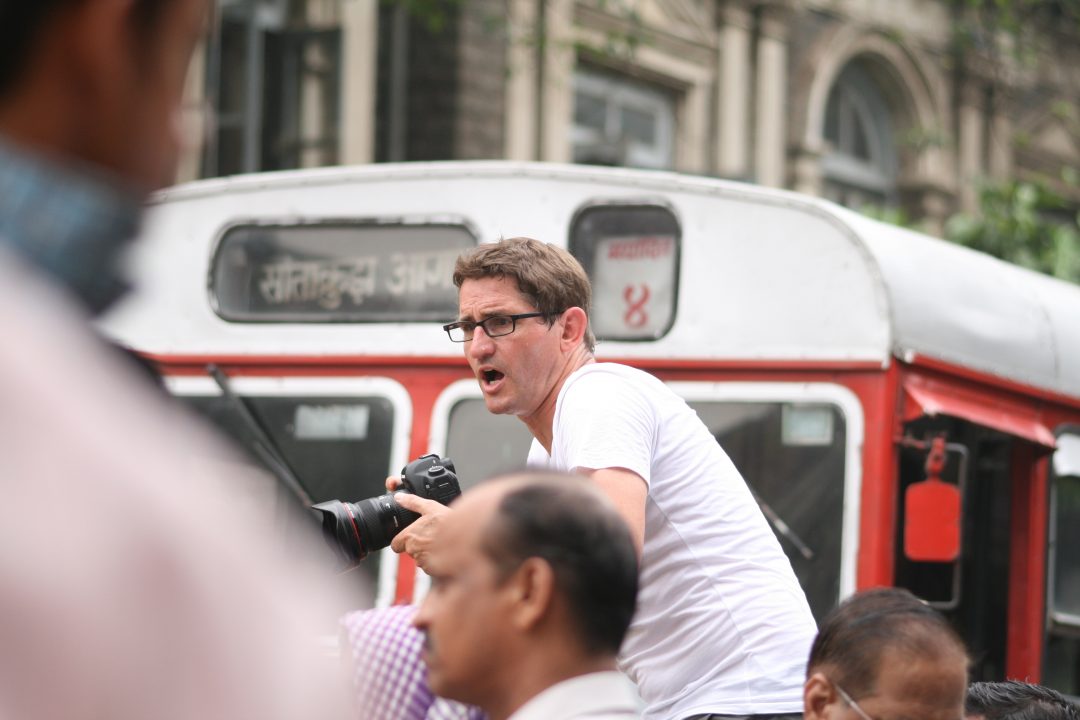 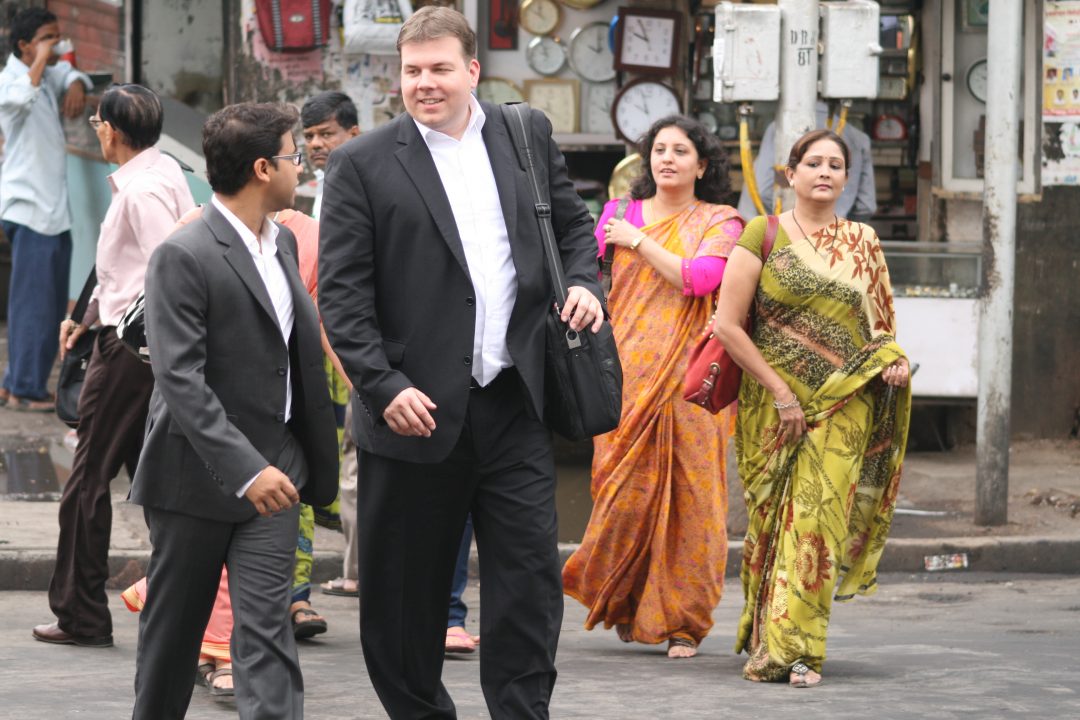 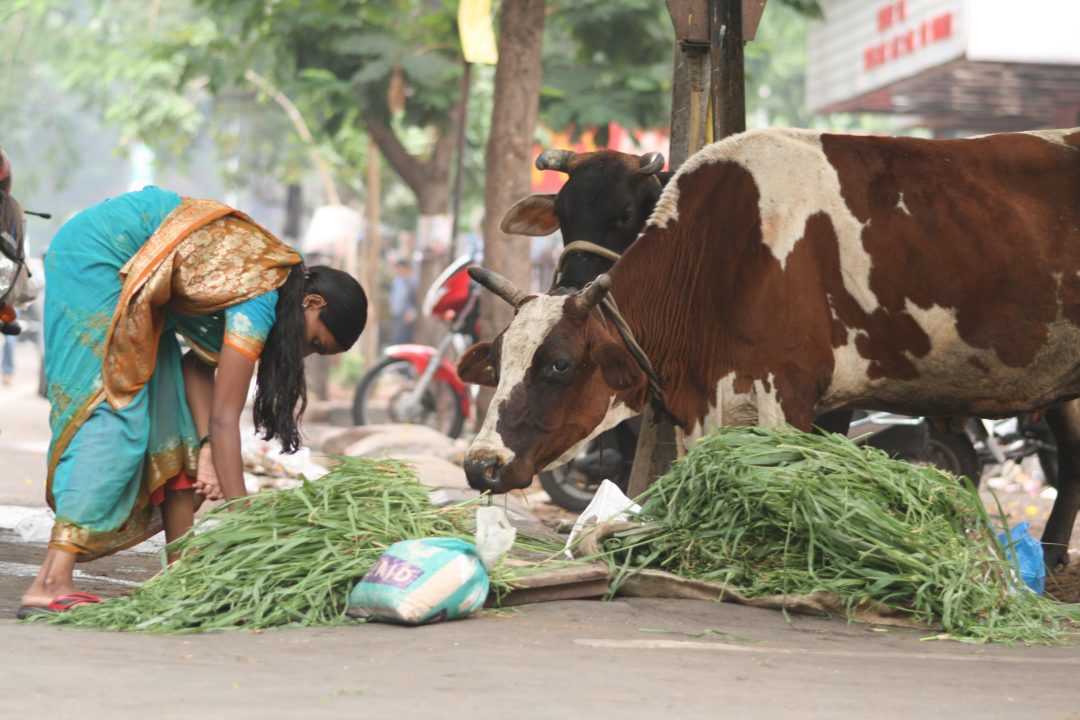 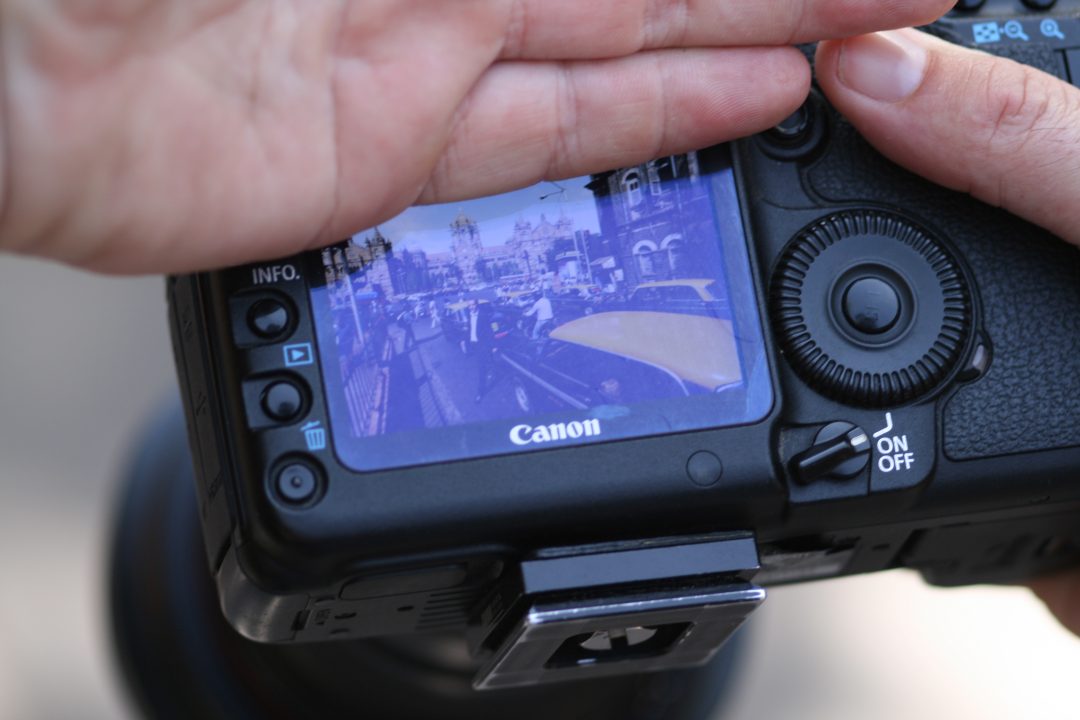 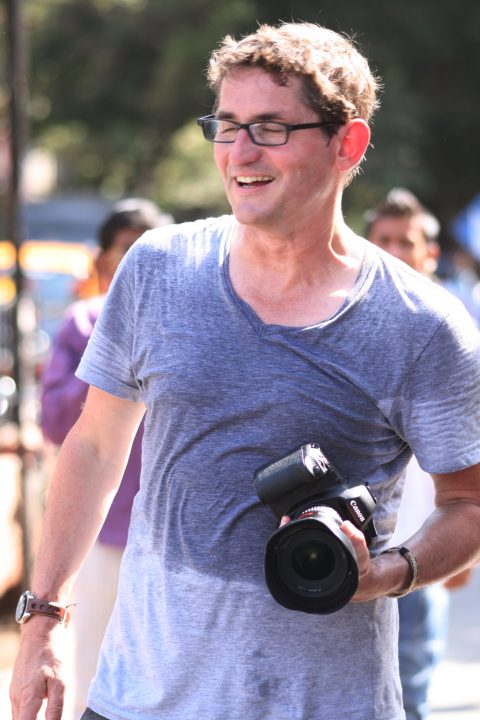 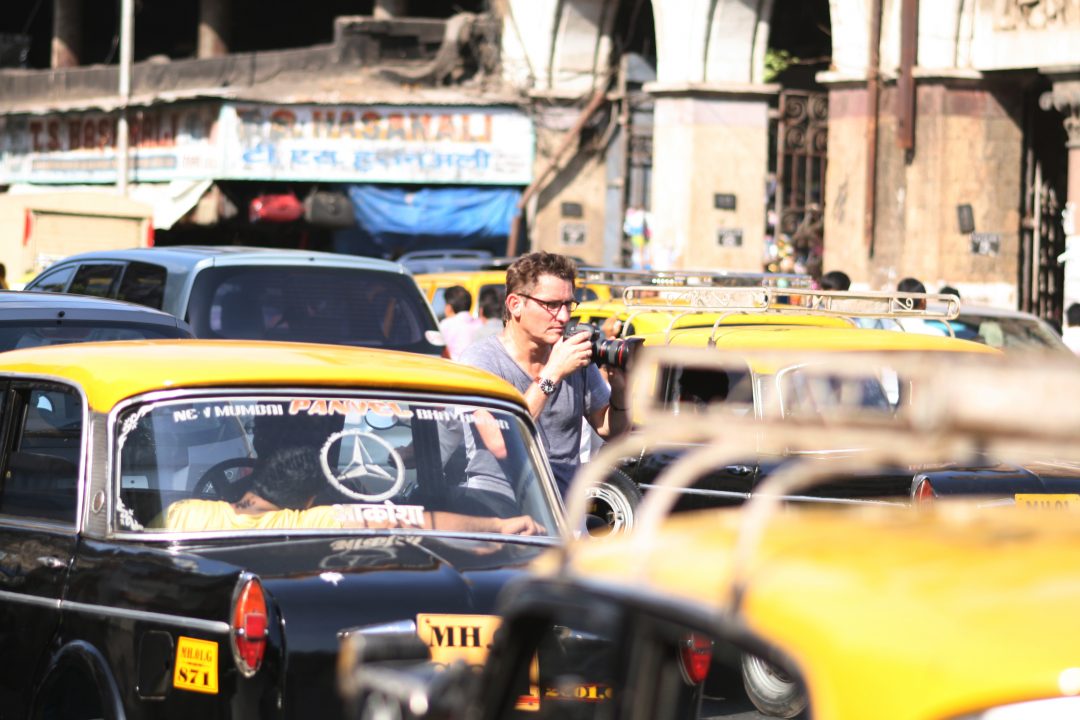 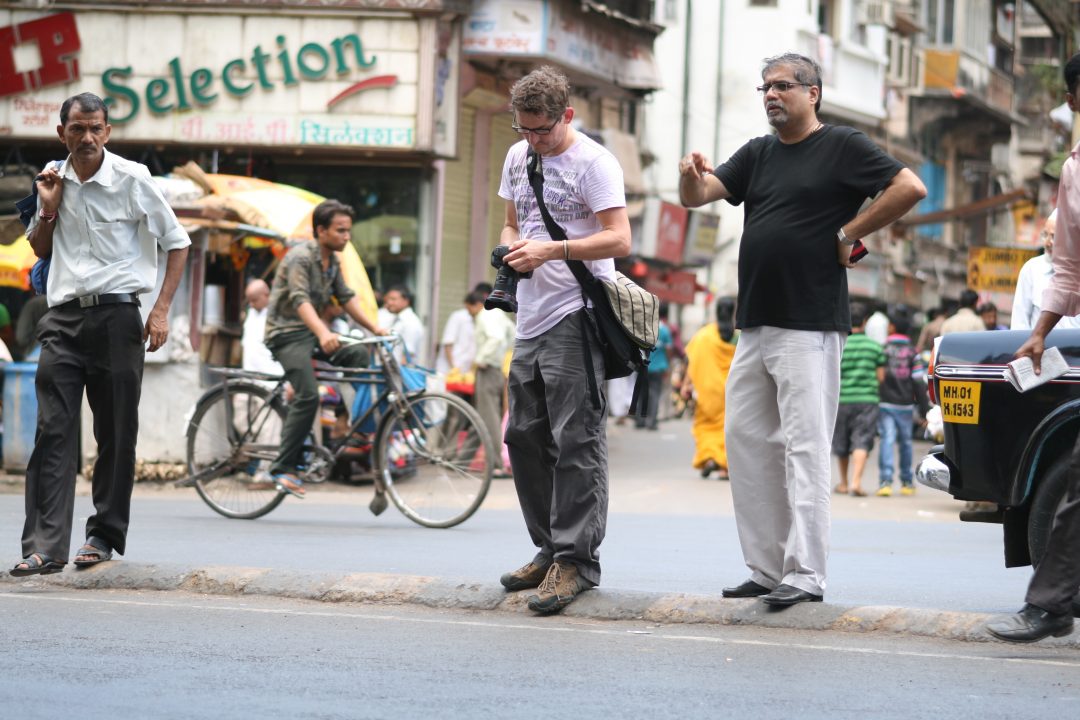 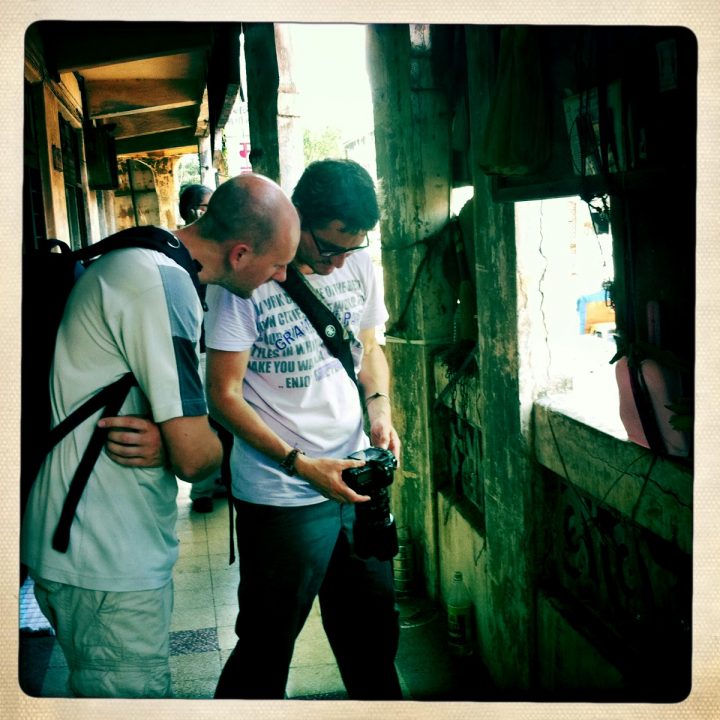 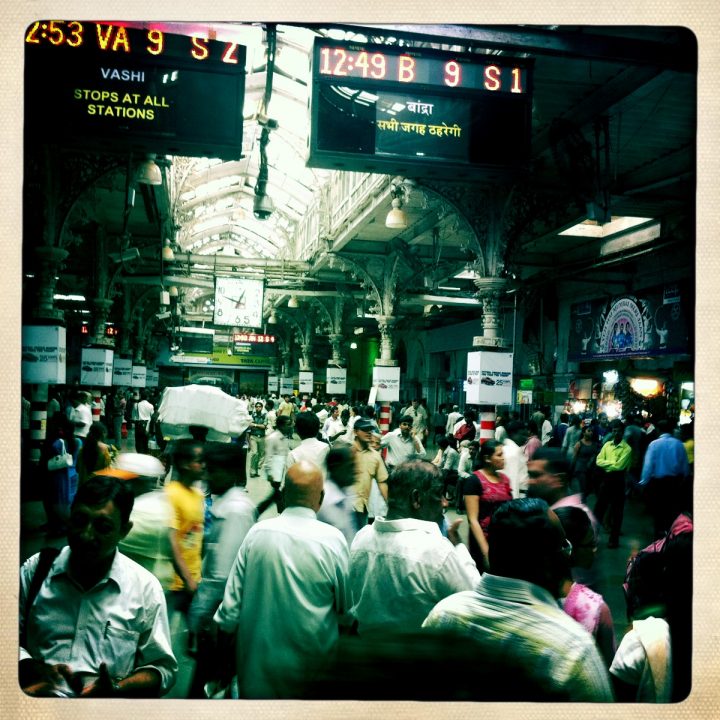 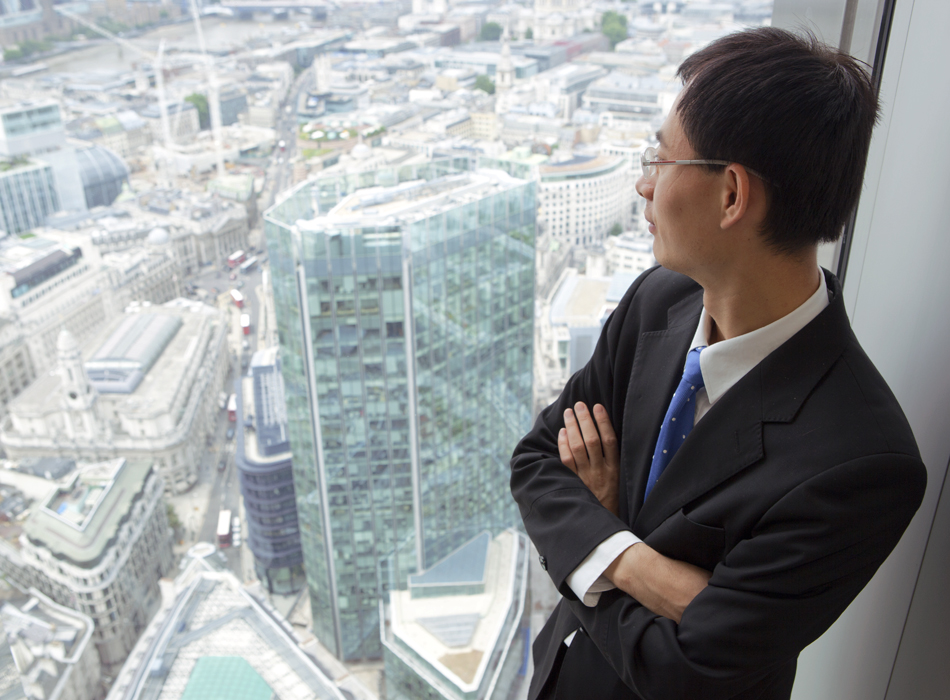