Is it a crane, mountain or church tower? No it’s Jena’s only high rise

How to shoot at dawn from a very high POV. That was the first big challenge.

The location had to be a typical medium to small town in Germany. There are plenty of these, but the problem was where to find a 100m viewpoint to shoot with long exposure, exactly the same shot, in different light moods? There are not many possibilities. Maybe a crane, a nearby mountain, a church tower or even a high rise building?

Cranes of that size require huge trucks and are usually booked months in advance. And, would it then be stable and safe up there without the photographer risking life and limb? The answer was, no.

Churches looked like the best idea; they’re located in city centres and some are really high. A few calls later, I learned, that the towers are not accessible at night because it was considered too dangerous.

We ended up in Jena, a nice modern but traditional town in east Germany. In the 1970s the (then socialist) government wanted to show that they were up-to-date and could build skyscrapers as well as the west and constructed a 130-meter-high building right in the middle of Jena’s old city centre, hence the odd high rise is surrounded by smaller, traditional buildings. After renovations, a restaurant with a roof terrace opened up and this was the ideal location for our shoot. The people were nice and helpful, and with several cameras, we shot till light ran out. 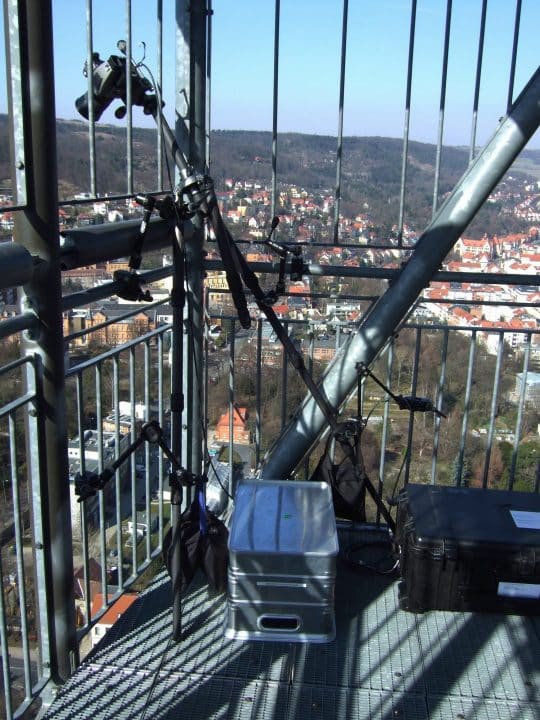 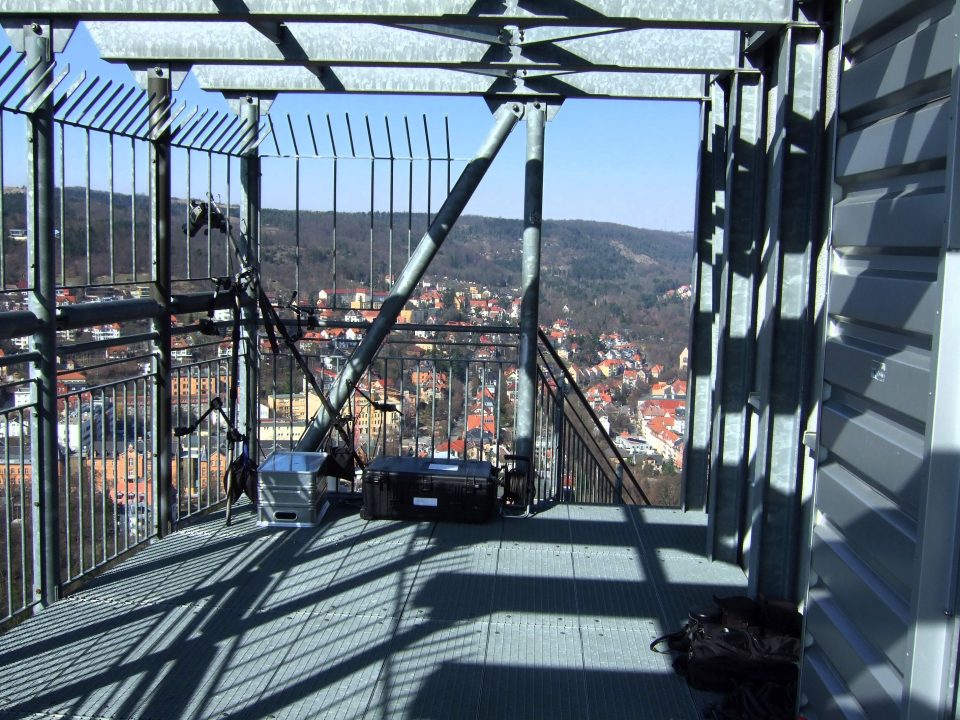 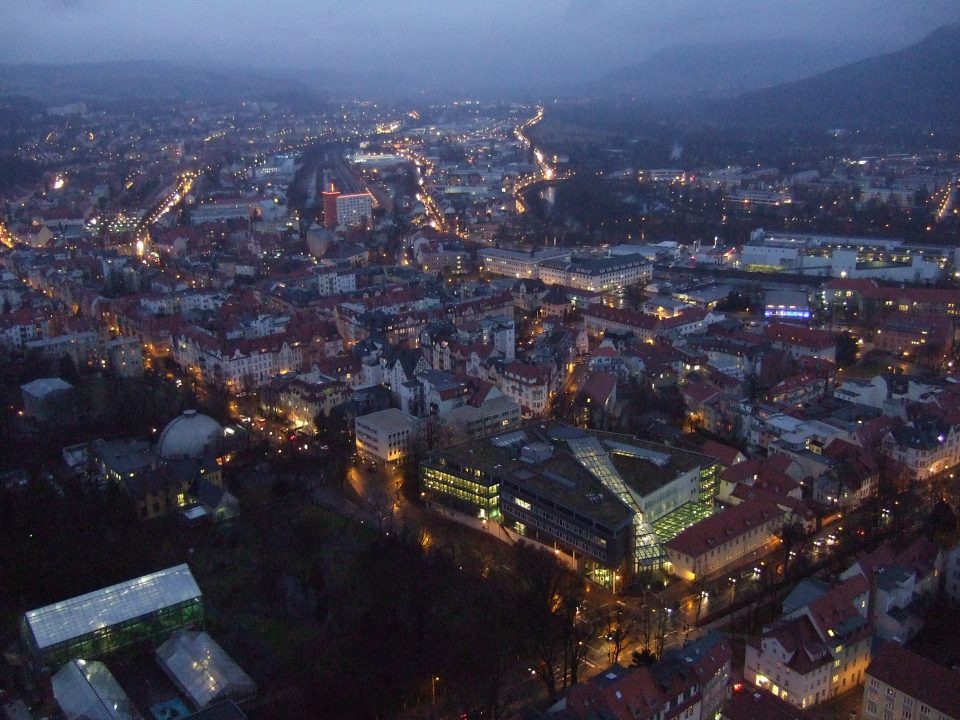 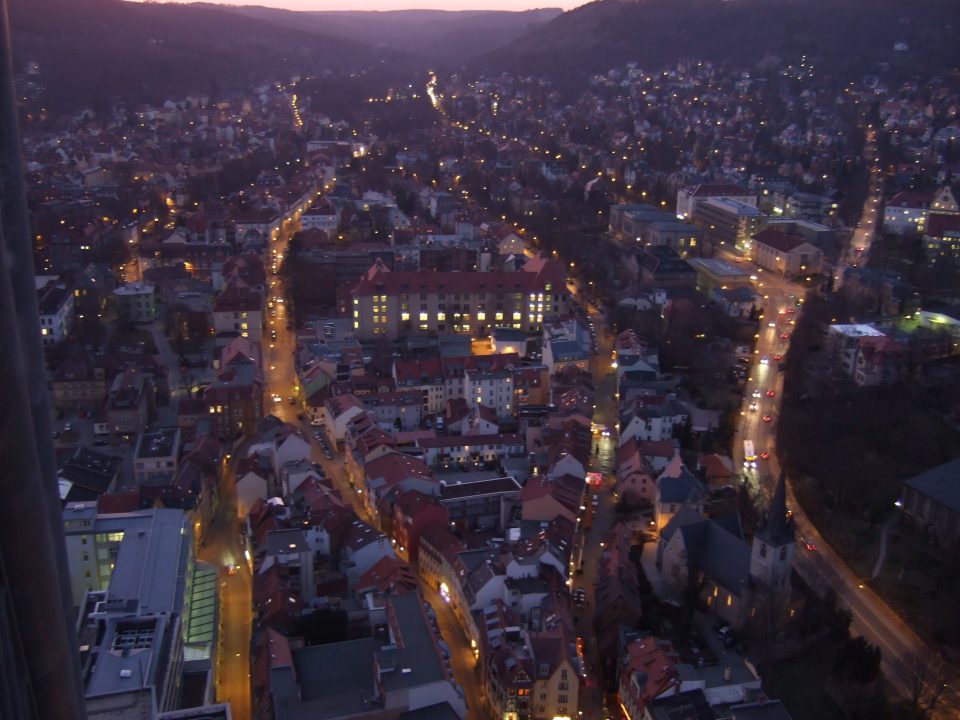